Presenting the Creature of The Week in Hawaii: Green Sea Turtles

Green Sea Turtles are found in subtropical and temperate regions of the Indian, Atlantic, and Pacific oceans, including the Hawaiian archipelago, where they are called honu locally. They are the largest hard-shelled turtle species in the world, growing upwards of 4 feet from head to tail, and can live to be over 100 years old. Their spawning season ranges from late spring to early summer, where females crawl up on the beach and dig a hole to lay eggs in, after migrating back to the beaches where they were born.

Males can breed every year, but female turtles can only breed once every 3-4 years. Juvenile turtles are omnivorous, eating both sea grasses and small fish, but adult Green sea Turtles turtles mostly eat seagrass and algae. Over the first half of the 20th century, they underwent an estimated 90% population decline worldwide, but protection laws in multiple states, like Florida and Hawaii have led to steep population rebounds. For example, in 1979, Green sea turtles became a protected species in Florida, with 62 discovered nests statewide; this number has risen to over 52,000 in 2017. 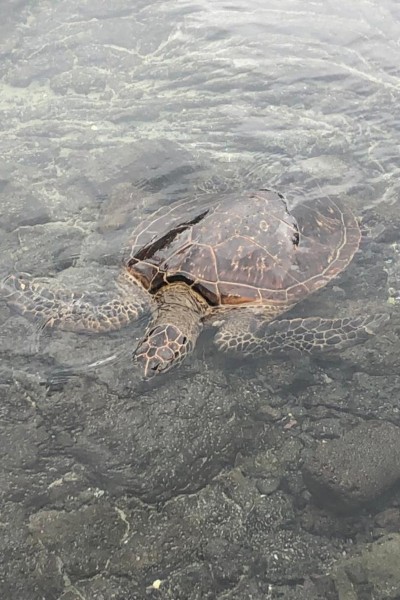