Surf, snorkel and hike your way through the Aloha State!

Hawaii’s diverse natural scenery, warm tropical climate, abundance of public beaches, oceanic surroundings, and active volcanoes make it a popular destination. Because of its central location in the Pacific and 19th-century labor migration, Hawaii’s culture is strongly influenced by North American and East Asian cultures, in addition to its indigenous Hawaiian cultures.

The state’s ocean coastline is about 750 miles long, the fourth longest in the U.S., after the coastlines of Alaska, Florida, and California. Hawaii is the most recent state to join the union, on August 21, 1959! 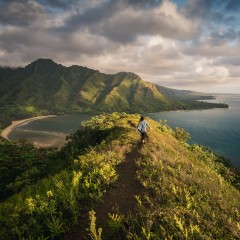 This 2 week summer program offers you an enriching and inspiring experience in Hawaii. It combines service-learning and conservation volunteer projects with adventure travel and heaps of fun in the sun and sea. Discover Hawaii’s fascinating ocean and mountain landscape and explore volcanoes, waterfalls and beaches.

Snorkeling with manta rays is only possible in a few places in the world, and Hawaii is one of them! This end-of-program activity follows after a trip packed with surf lessons, service projects, island exploration and yoga sessions. Ready to fully immerse yourself in Hawaiian culture? You'll also dive into the importance of its traditions, from making beautiful leis to learning the steps of the Hula. 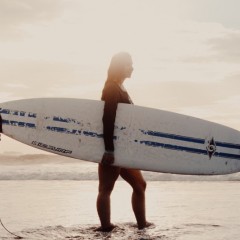 Join us on an epic journey to Hawaii! Our 30-day Summer Program offers you an enriching fusion of volunteer projects, surfing, cultural immersion and, of course, the sun, sea, and sand!

Immerse yourself in Hawaiian culture. Discover Hawaii’s fascinating ocean and mountain landscape and explore incredible jungles, volcanoes and beaches. Gain skills with lessons in sustainability, conservation, and the environment as well as hiking, surfing, and snorkeling. Join us for a journey in Hawaii and an inspiring summer of exploration! 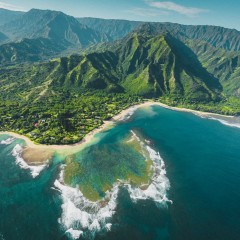 This 6-week mini semester program offers you an enriching and inspiring experience in tropical Hawaii. Hawaii consists of eight islands, which are all unique in their own way. Your days will be as varied as the islands you visit, with a fusion of hands-on volunteer work, surfing, snorkeling, cultural immersion and, of course, non-stop adventure!

There is an endless list of things to do in Hawaii. From learning to smash open coconuts and making beautiful leis, to stargazing on top of a dormant volcano and heading out to one of only four green sand beaches in the world. Immerse yourself in Hawaiian culture as you discover its fascinating ocean and mountain landscape and explore the incredible jungle, volcanoes, and beaches.