It's time to meet your Instructors for the Summer 2022 Semester Programs...

Laurel hails from Minneapolis, Minnesota. She spent several seasons instructing Pacific Discovery programs in South America, Southeast Asia, New Zealand, and Australia before signing on for three years to run wilderness programs in New Zealand. Laurel now resides on the West Coast of New Zealand and is studying for her Master’s in Social Work. She is grateful for the opportunity to combine her passion for healthy human development and social justice with the outdoors and group facilitation. Having lived on Maui as a child and having strong family ties to the Hawaiian Islands, she is stoked to be able to return to this incredible part of the world with Pacific Discovery.

John has traveled through 6 continents and explored the beauty of Africa, Australia, New Zealand, South East Asia, parts of Europe, South America, Central America, and his home in North America. He finds himself in love with the cultures and experiences each place has to offer but always highlights the importance of his connection with the people he meets on his journey. John has cooked different cuisines in restaurants all around the world, worked on farms and vineyards in Australia, snowboarded to work every day on a mountain resort in New Zealand, worked in multiple National Parks around the world, and most recently completed a year leading a conservation corps in the US, amongst many other diverse jobs. John looks forward to working with his students to help them see the bigger picture in the world and to find a way to bring comfort and excitement to our quest for meaning and purpose throughout our lives. 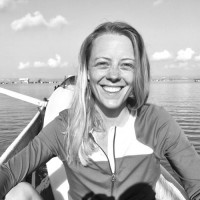 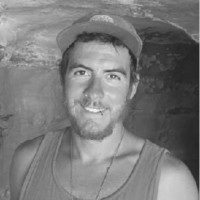 Ashley is from Jamestown, New York, a small town south of Buffalo best known as the birthplace of Lucille Ball. In 2015, she graduated from the State University of New York at Fredonia where she double majored in Social Studies Education and History. It was also during this time that she received her high school teaching certification. Ashley continued to study education at New York University where she received her master's in International Education. She has always loved to challenge herself by stepping out of her comfort zone to meet new people and learn from shared experiences. Over the past several years, she has traveled throughout Latin America, Europe, and Africa. More recently, Ashley served as a Peace Corps Volunteer in Sierra Leone where she taught high school English and co-facilitated a program for out-of-school girls. Prior to joining the Peace Corps, she held various positions working in non-formal education as a mentor, tutor, and leader. She has always been passionate about experiential, “hands-on” learning and looks forward to continuing that work.

Henry grew up in the capital city of New Zealand, Wellington. Growing up, Henry played plenty of sports, all of which connected him to people and the outdoors. His life changed course when he bought a one-way ticket to Latin America. Throughout the two years he spent backpacking the 'Gringo Trail', Henry balanced his time traveling by working a variety of jobs such as a barman, receptionist, and nature guide, all of which changed his perspective on life. In recent times Henry has been working in Tourism as a Team Leader on Stewart Island and at Milford Sound in New Zealand. He brings with him much experience about remote living, learning languages, making remarkable experiences, and having some fun along the way. 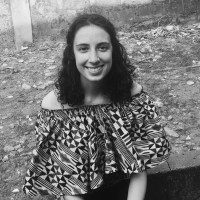 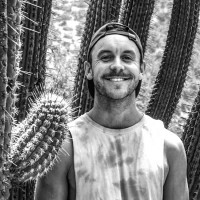 Born and raised outside of the city of Boston, Kim spent most of her childhood hiking, kayaking, canoeing, sailing, and ice skating around New England. She returned to Boston to study music but spending all day in classrooms learning about different musical traditions created a longing to explore these cultures firsthand. Kim has traveled across Europe, the Middle East, and Oceania and has led students in Australia, Germany, Thailand, and Hawai’i. Her favorite part of these programs is guiding the students through new experiences and seeing them - as well as staff - grow as a result. Her passion lies in access to education. Educational travel allows participants to personally develop, step outside of their comfort zones, and challenge their perspectives and she's thrilled to continue to grow with all of you!

Manuel was born and raised in Mexico City, where he graduated with a degree in Industrial Engineering. After 10 years of experience and training in Chinese martial arts, he followed his passion and ventured to China to learn more. While in China, he also studied the language and traditional Chinese medicine. For the past eight years, Manuel participated in much cultural exchange and volunteering programs in China, focused on experiential education in multiple leadership roles, which led him to work as a facilitator and senior program manager for The Jump! Foundation, an experiential education provided operating in China and Southeast Asia. He also worked in the adventure tourism industry as a hiking and camping guide to the un-renovated sections of the Great Wall of China, and in the service-learning industry in China and Costa Rica. Some of his passions are permaculture, holistic medicine, martial arts, and meditation. 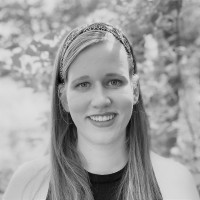 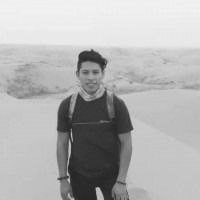 Tari has been traveling between worlds ever since she arrived on earth. Tari was born in Yuin country, on the remote south coast of Australia. Her life has been shaped by the boundless beauty of Australia’s coastline and Nepal’s majestic Himalayas: the two contrasting places she calls home as a half Nepalese, half Australian person. Her curiosities and unique lens for experiencing the world have instilled a deep sense of social justice, global citizenship, and intergenerational change which led her to her studies in anthropology and development. From community organizing within the grassroots women’s movement on the streets of Kathmandu, participating in humanitarian food aid distribution initiatives on the Jordanian-Syrian border, facilitating international education programs for students throughout Indonesia, China, Thailand, Vietnam, Singapore and Malaysia, taking students on learning adventures in nature at the Green School in Bali, crafting curriculum through program development with education initiatives in Australia and America, architecting capacity building trainings for indigenous women leaders from Central Asia and Central America, providing support to refugee communities in Germany and sharing trauma informed yoga with diverse groups of people as often as she can - Tari is a student of the world and facilitator of connection. An artist, activist and educator, Tari is a lover of life and the privilege of sharing adventures with young people from around the world.