We arrived in Jaco on Tuesday and everyone was eager to go into town. We switched up the cooking groups and brainstormed new meals to plan. Leader Courtney took on the role of  organizing who was cooking and when. We headed to the grocery store to stock up on food for our upcoming meals! It’s been great cooking as a team and enjoying the sweet smells of cuisine. We cooked and ate a variety of meals including quesadillas, pasta salad, sandwiches, pancakes, and more.

After grocery shopping a bunch of us went into town for some ice coffee and shopping. Lexi made friends with the coffee shop owner and played chess or “ajedrez” in Spanish. Wanting to play more, Allyson helped find a chess board for the group. Miller and Casey took advantage of the time in town to get some yummy churros!

The first day of surfing was sunset, so we headed to the beach around 4 pm. Our surf instructor, Mike, ran us through some drills and then paired us off with his instructors. Allie’s previous surfing experience showed as the instructors looked to push us deeper into the water. By the end of the day, as the sun set over the ocean, everyone in the group was out back catching the unbroken waves. 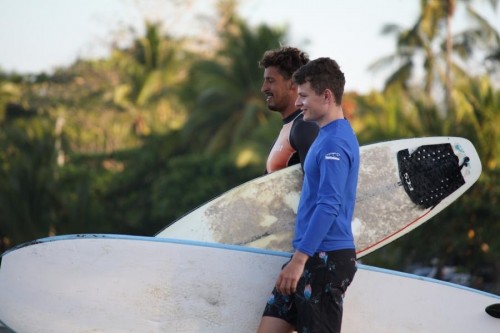 The second day of surfing was awesome! We were up early and on the water by 6 am. All of us caught some waves, especially Josh & Jordan, with our individual instructors as they pushed us into bigger and bigger waves. The instructors were from all over the world! Venezuela, Argentina, Columbia, and right here in Costa Rica. After this tiring morning surf the group went out for some gelato, Ben was especially excited. We also watched drone footage of us surfing from the previous two days. Nathan was eager to ask questions, wanting to progress his surfing abilities. 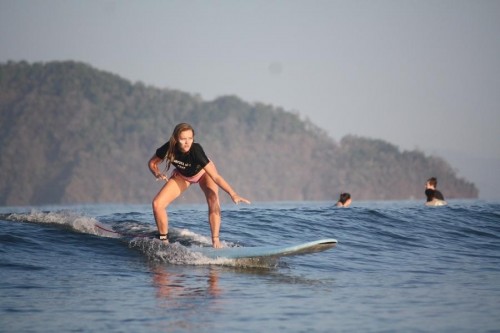 The third day surfing was also sunrise and we were back out on the water at 6 am. Despite never surfing before, Or and Sadie picked it up really fast and did not want to get out of the water. Along with a few others they even rented boards to catch a few more evening waves.

After a tiring few days we are now headed to Curu, a wildlife refuge! 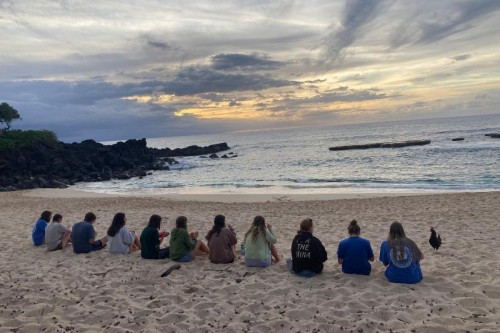