Let's catch up with one of our students Maggie, after a couple weeks on the road!

"We began our journey in Boulder, CO, where we became familiarized with each other and went through a fun and very educational orientation led by our knowledgeable leaders, Nathan and Amelia. Our time in Boulder allowed all of us students to set the foundation for the trip, lay out our personal and group goals, and develop a set of rules in which we all should follow throughout the duration of the trip.

We were taught how to go into situations with an open and nonjudgmental mind, how to deal with and overcome culture shock, and how to assess how comfortable we think we will be with certain activities, such as the mountain biking and climbing we would be doing in the future. After orientation, we hiked about 10 miles total in a Roosevelt State park, and some of us swam in a lake made from a melted glacier, and boy was it cold!

This week we ventured off from beautiful Colorado into Utah, where we first laid our eyes on gigantic red rocks, and a lot of them. We settled into our AirBnB in Moab, and woke up the next morning bright and early to see Arches National Park. We hiked around 11 miles in the vast rock land, and saw many large and intricate natural arches. We climbed rocks, scaled rocks, and slid down them! At the end of the hike, we all had awesome photos, but were very sweaty and tired. The next day, we did a few miniature hikes through Canyonlands National Park, and later drove back to watch the sunset while sitting in an arch. It is so unreal to believe that these parks are in the same country as New York, where I’m from, because the landscapes are so different.

Then we departed to Park City, Utah, which was a long but fun drive filled with singing and frisbee games during our lunch break. We arrived in our cabin in the woods, atop a beautiful mountain, surrounded by Aspen trees which are the largest organisms on earth because although they look like separate trees, they share the same roots. The next morning, we met Tiffany, a woman who has been teaching yoga around the world since 1997. She taught us about the principles of yoga, led us through different poses and breathing exercises, and at the end of our class allowed us to be open with each other through complementing. A few hours later, we drove to a ranch where we learned how to do do silks. Basically, we did yoga poses with silk canopies and it was a ton of fun to do something so different that many of us had never tried before.

The next day, we headed to do paddle board yoga inside of a crater. It was incredible. The crater’s water was around 96/97 degrees, which complemented the air temperature well. We split up into two groups and used the yoga skills we had acquired in the previous days, but this time it was mostly about balance. We laughed, fell in the water, and most of all felt very connected to the yoga we were doing. The rest of our day was relaxing, as we played board games, did some grocery shopping, and of course played more frisbee. The next morning we drove to visit Tiffany, for our silent hike at a secret trail that meant a lot to her. It was a piece of land with hundreds of aspen trees that would have been turned into a golf course if not for dedicated and caring citizens of Park City and the surrounding towns. We hiked, one by one, up the trails and the mountain, stopping briefly a few times to listen to Tiffany tell us about her connection with the nature around us, and how we too can become as connected as she is. When we arrived at the lake, we again laid out our yoga mats and completed our last yoga class, which many of us agreed was the most enlightening and relaxing. A few people dared to swim in the cold water while the rest of us had lunch, and then we made our way back down and to the van.

On our last day in Park City, we got to explore the Olympic Park Adventure Park! The Olympics were held there in 2002, and since they have turned it into a place where families and individuals can go to zip line, tube, complete adventure ropes courses, and more! We spent two hours running around to do all of the activities, and afterwards went to a different park on a beautifully blue lake to eat lunch. We came back to the cabin and took some naps, played some scrabble, and cooked dinner. Then we spent about an hour and a half cleaning the cabin, then had some group bonding time. Now we are on our way to Idaho! This past week has really bonded all of the group members together, and we are becoming like a family." 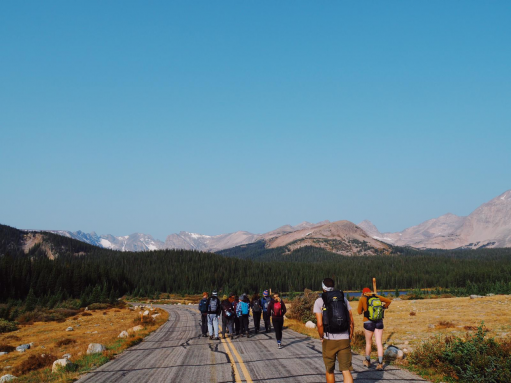 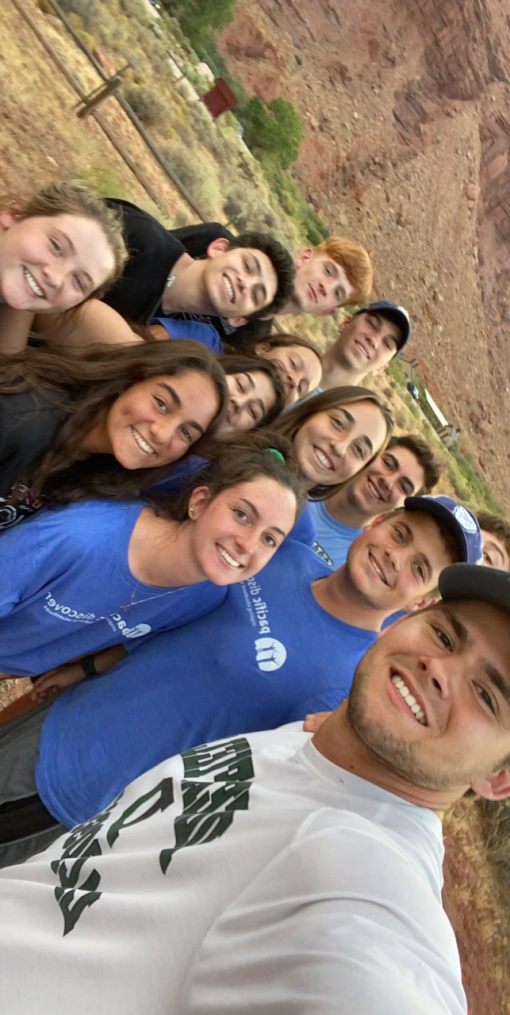 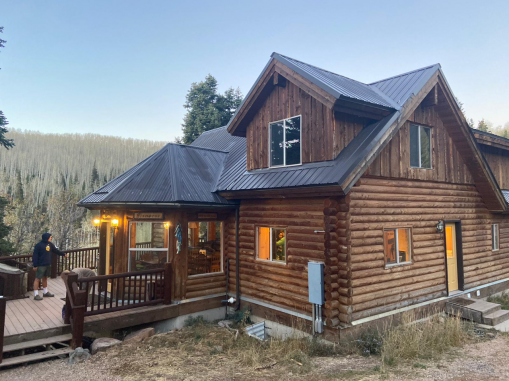