Introducing our Instructors for Fall 2020

Our Program Instructors are inspiring people, who share a deep respect for the people and cultures, a fascination with local history, and an in-depth understanding of contemporary issues and politics.

They are people in whom you can trust, who remain objective and supportive even in challenging circumstances, and who take a genuine interest in your well-being and safety. Basically they're a bunch of epic humans!

So without further adieu, it's time to meet your instructors for Fall 2020!

Austin grew up in Texas and graduated from Baylor University with a B.A. in International Studies with a concentration in Political Science, during which she studied abroad in Italy at John Cabot University studying foreign affairs. Wishing to apply her experience to her love of traveling and adventure she moved to New Zealand to pursue an outdoor adventure guide program with Pure Exploration, Pacific Discovery's sister organization.

Kai grew up in the DC area but always had an eye for travel. Once he graduated college, Kai didn’t feel ready to start the rat race so he booked a flight to Bangkok to start a 3 month solo-backpacking adventure around Southeast Asia. This journey was the start of a life of travel and adventure that has taken him to over 50 countries, eating all types of different foods and working various odd jobs. The last two years Kai has worked for Backroads Active Travel, guiding guests hiking and biking around Europe and Costa Rica. 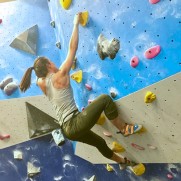 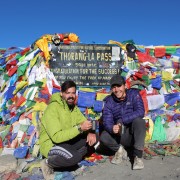 Gabby is originally from Vancouver, Canada and spent most of her childhood next to the mountains and the ocean. The outdoors have always been a passion, closely followed by travelling. She spent her undergrad in and out of the classroom, venturing off on semesters abroad and outdoor expeditions. Gabby continued this trend long after graduation, dipping her toes in all sorts of career paths, where she now finds herself settled in to the guiding and outdoor education industry.

Peter grew up in Wheaton, IL, a western suburb of Chicago. He had the chance to travel to Hawaii the summer after graduating high school (as part of a college course taught by my dad) and has continued traveling ever since. Over the past handful of years, Peter has been fortunate to lead gap year semesters in India, East Africa, and the South Pacific, and backpacking trips across the US. His passions and hobbies include learning about history and cultures, reading, cycling, hiking, playing guitar, playing any pick-up sport, spending time in or on water, permaculture, yoga, podcasts, and watching a good Pixar film or Netflix documentary. 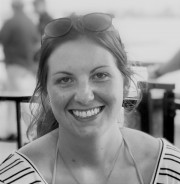 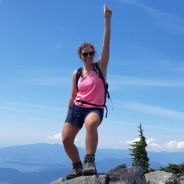 Jonathan spent a year abroad in Australia during his undergrad and it was a life changing experience. It provided him an exciting opportunity to try new things such as hiking Cradle Mountain in Tasmania, scuba diving in the Great Barrier Reef, and watching the sunset over Uluru. During his time in Australia he developed a passion for international and experiential education and since then has dedicated his professional career to working for study abroad programs to help gap year and undergraduate students experience the personal, professional, and academic growth that comes with stepping out of their comfort zone.

Georgia's passion for experiential education was sparked by a semester abroad in Costa Rica during college, where she experienced changes in her world perspective. Georgia fell in love with the challenge of living abroad, which led to working as an outdoor facilitator in Hong Kong after graduation. She experienced the greatest self-development while traveling and stepping out of her comfort zone and considers it to be one of the biggest catalysts for mindset changes in leading a more fulfilling life. 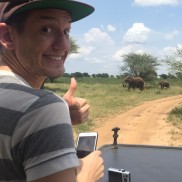 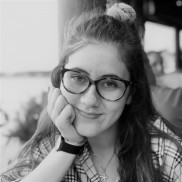 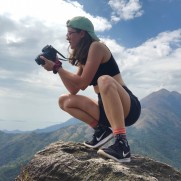 Jess hails from just outside Philadelphia, Pa.  Since a young age, she has had a deep rooted connection with the environment and all things science. Jess attended a small agricultural university where she obtained a degree in business administration and a minor in biology. Sports of all kinds, as well as helping others intrigues her most. Field hockey is one of her major hobbies and passions which has opened multiple doors of opportunity. She has twelve plus years of experience playing, coaching and mentoring internationally in Bermuda and Holland.  After doing a 7-week cross country/back country trip in the states, her travel flame was ignited and she has been fueling it ever since. Currently based in Denver, CO she spends her time coaching and mentoring HS athletes, snowboarding, hiking, backcountry camping and finding secret waterfalls. She is extremely excited to grow together and for the many opportunities that lay ahead!

Joe was born and raised in San Antonio, Texas. Home for him means family and food. He began to explore the possibilities of adventuring while working in the educational world of children’s theatre. After working for a summer camp, he was inspired to become an outdoor instructor. Acting on this new desire, he took up a few outdoor jobs in the west coast, which has shaped and paved his way to work and travel abroad. He has been grateful for the opportunities as an outdoor educator and trip leader; leading him to work in China, Taiwan, and New Zealand. When not working, he is exploring national parks, eating tacos, writing, and falling in love with farming. 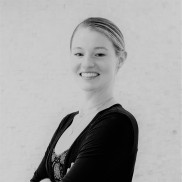 Kim was born in Boston and raised outside the city before returning for college at Northeastern University. Since graduating Kim has led two groups of first year college students through a semester abroad in Sydney, Australia, and Berlin, Germany. Her favorite part of these semesters was guiding the students through new experiences and seeing all them grow as a result. Her passion lies in access to education. Many people limit the idea of “education” to books and classrooms but there is so much that we can learn from nature and the experiences and cultures of others. Educational travel allows participants to personally develop, step outside of their comfort zones and challenge their perspectives and she's delighted to continue to grow with all of you!

Neal got his first taste of travel from a young age during family vacations to places like Italy, Mexico, Canada, and the Philippines. After that, the travel bug stuck and he ended up seeking out opportunities left and right. Neal loves the sense of adventure and taking on the unknown. He has studied Spanish for his entire life and his passion for language eventually became his major in university. After graduation, Neal moved to Spain where he lived and taught English for 3 years. During those years, Neal worked in various capacities as a bilingual language teacher and cultural guide. He really enjoy sharing his knowledge and experiences with students. 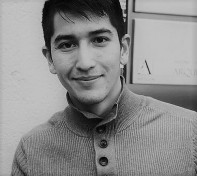 Amelia was born and raised near Boulder, CO and has spent her entire life exploring many corners of the Western US. Her childhood included backpacking and hiking around the West with her family, and when she went to college, Amelia began rock climbing and developing skills in alpine mountaineering, allowing her to explore some of the most isolated and exposed mountains in the deserts of the West, the Rocky Mountains, and the Cascades. For the past several years, Amelia had a pretty bad case of the travel bug, and spend every bit of my free time traveling the world to explore incredible cultures and mountain ranges across the globe.

Nathan grew up in the beautiful Pacific North West adventuring all over Washington and Oregon from an early age. Soon after turning 18 he started on his journey abroad. Nathan has been to the South Pacific multiple times, East Africa where he volunteered with dolphins in Zanzibar, safari adventures in the Masai Mara and bike-packing expeditions traveling through the Caucasus mountains starting at the Black Sea and finishing at the Caspian Sea. 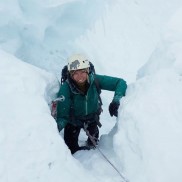 Cade was born and raised in the great state of Texas, Yee-Haw! Growing up he dabbled in just about everything. Cade loves all things outside, from white water rafting and kayaking to rock climbing and hiking, but he especially love board sports. Yearning for a new beginning, he ventured off to New Zealand, where he lived for a year and began his path into the guiding industry. The aspect he enjoyed most about outdoor educational programs is that it forces people out of our comfort zones. Cade is extremely passionate about teaching and helping others find themselves.

Sheila was born in Chicago and raised in the northwest suburbs. Her youth consisted of team sports and summers spent always outdoors. Sheila developed a passion for travel during her undergraduate studies through a Semester at Sea study abroad program. She traveled to twelve countries on a ship over the span of ninety days. Eager for more time overseas, she then spent five years teaching in Cairo, Egypt. Living in Egypt allowed her to feed her passion for travel by exploring over sixty countries, planning adventures in scuba diving, mountain trekking and city walking. Sheila's top three adventures are trekking Mount Kilimanjaro, swimming in the Adriatic Sea and overeating in Rovinj, Croatia, and sailing down the Nile River on Friday evenings in Cairo, Egypt. 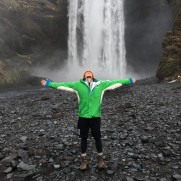